As the waters of the COVID-19 pandemic’s tsunami of impact recede, our world of experiences and expectations has changed dramatically since March of 2020. The familiar now has an uncanny cast to it; favourite places for entertainment, work and recreation, places of worship, and healthcare institutions look and operate unlike they ever used to, even as restrictions to access are lifted.

So many of us sat through this pandemic, chafing at the bit to go back to having things the old way, the familiar way, the way we moderns and our ancestors before us, made them.

Imagine instead, that we have been abiding together in an Ark, such as that of the Biblical Noach and the living beings he gathered into it, to weather a Great Flood. Were these passengers all imagining, in their human and non-human minds, that things would be just the same once the rain stopped?
Can you imagine yourself after this great shipwreck or tsunami, that now the waves have relaxed. You have been deposited by a gentle surf, face down upon a wet sand of some strange beach: exhausted, grateful for the solid land, confused. Yet, the landscape is not unfamiliar.

Humanity has been tossed about. Regardless of our medical and scientific experts attempting to control Nature’s child, the Novel Coronavirus, it has been an exhausting two-plus years for those of us who have thus far survived. We mourn the losses of loved ones, means of livelihood, neighbourhoods, sources of supplies and food, and importantly, patterns and rituals that we had always relied upon for comfort and support.

Our traditions were based upon these reliable things of Nature: the sunrise, the sunset, the seasons. Weather patterns of the ancient lands where our beliefs and lore were birthed, are now, too, washed over with sand and debris. We dig to find and restore them. But they, too, are covered with sand and debris, weighted down, broken in places, and entangled with seaweed.

When I lived in the remote desert of the American southwest a few years ago, my family put up a stake of money for a lovely oneg Shabbat at the synagogue I attended, in honour of a significant birthday milestone. I was to chant my bat mitzvah haftarah, the weekly reading from the book of Judges, as well as look forward to a day away at the urban synagogue. The distance there from my remote locale was an hour and a half drive, and when I awoke at sunrise to get ready for the long drive on the morning of the special day, I saw that a torrential downpour had come down overnight.

There was no word on the news or internet about a closure of the one road through town to get to a main highway. I got dressed and drove. After the first 10 miles I suspected the worst outcome caused by the storm, because so many trucks and cars were heading into town, most likely turned back due to the road being closed. But I kept on going because I had to get there to chant the haftarah and celebrate with my friends and indulge in all the goodies my family had arranged for me.

I had my little truck and had experience driving in slush and snow and unmarked roads in Alaska and as a Forest Ranger; and there was no report of a road closure, no signs on the road to go back: Just those darned vehicles heading towards me and back into town. Of course, there it was: after driving 22 of the 25 miles towards the highway the road was completely gone.

The desert had completely swallowed up the road. Wet sand, brittle bushes and cacti sat quietly, as if they had been there all along. There were two police cars, real tough Hummers, which were slipping sideways and giving up in the quicksand, almost like a pair of mud wrestlers trying to slog through to the finish. It made me feel a bit better, that I’d made it as far as they did with their fancy, high powered hemi rigs, but it was also clear that after driving 45 minutes already, then having to drive 45 minutes back to town, plus 2 hours to drive over the mountainous back route, if it was even open, I was going to miss my lovely special sabbath event.

As I drove back and passed our little desert airport, I wistfully thought about running into the terminal and commandeering some pilot who might be sipping a quiet cup of coffee into flying me out to the synagogue, which was adjacent to an airfield anyway. The energy pulsed through me to do that; but I knew the truth was, that Nature had been busy overnight; and that although I would miss out, at least my friends would be enjoying the spread of delectable food and decorations on my behalf. I was able to get a call out to one of them and let him know about the road washout. As urbanites, it may have been harder for them to visualize that it was even possible for a road could completely disappear, but when you live in the wilderness, deferring to Nature is always best.

So, what is the subject of my post, ‘Work on What Has Been Spoiled’?

As we pick ourselves up from our two-plus years of being tossed about in waves of Coronavirus and slog up the beach, now castaways looking for something familiar, we are each likely carrying old expectations of what should be happening, or how things will look and should be. I will tell you – they won’t be the same. We can try to force them to be as expected, as I had hoped to do by running my little truck through the washed away desert road to get to my duties at synagogue and my party.

The most likely outcome of such persistence in working at things that have been spoiled, is to get stuck, get mad, and very tired or fail. Or, as is becoming more the norm: we can find a “hack” (cheat); or blame someone else. As a friend put it, for the past many years we have been living in the “I Got Away With It” culture.

If these options are not appealing, that is good. Our ancient wisdom texts have lovingly preserved for us how to respond to change. We can find a new way in our new world.

An ear worm, a loop of rhythmic words, has been circulating in my brain the past few weeks: it says, “work on what has been spoiled”. In fact this is the name of one of the Hexagrams of the I Ching, the ancient Chinese Book of Changes. The I Ching is a two thousand year old book of wisdom from the far east which helps us understand how to determine our actions in the midst of life’s inevitable changes. From learning how to understand imagery and metaphor, rather than rely upon analytical thinking and problem solving, we can find out where we are in a situation, and thus make decisions on how to proceed.

I saw this cartoon in the New Yorker:

Yes, it’s a cartoon, and supposed to be funny. Yet, isn’t it so true. Competitive sports and higher education that were designed to challenge young minds to excel, to think outside the box and be curious and inventive and creative and courageous are now just ornaments to put on a job resumé. Physical and mental challenges are an essential part of maturation and becoming responsible and ethical; and sadly, today, challenges are often met by how one can avoid experiencing them.

Work on what has been spoiled. There is an old saying, “Spare the rod and spoil the child”. No, don’t physically abuse kids with a stick or rod! this is referring to discipline, to teaching your child to learn how to do the math homework rather than doing it for them, to be a responsible member of the educational system rather than buying admission into Ivy League schools.

Because when we do these undisciplined, unsanctioned acts, things decay, become decadent, and rot.

I once met with a patient who had acquired a life threatening infectious disease. He was hospitalized, with no friends or family. He told me that he had been raised in one of the wealthiest families in the region, spent his time partying on the family’s yachts and skiing in the Alps and Aspen; all those things that were just the norm for him. They had servants and he never had any responsibilities. Then he decided to get this cabin in the mountains and live like Jeremiah Johnson, the backwoodsman, with his girlfriend.

His health began to fail: his earlier, carefree partying days of sharing drug needles and bodily fluids with others had given him some diseases that weakened him so much that his leg broke while out hiking. His dog helped him get back to the cabin, but his girlfriend decided to leave. So, there he was, alone and very sick. Eventually some neighbours brought him into town and he was now in the infectious disease ward, with me. He said he had no skills for living: everything had been given to him with no challenges his whole life. He saw the folly of shirking the learning of basic skills for taking care of oneself all too clearly.

Recognizing where one is at, is the first step toward finding your way forward. This patient was ready and eager to begin work on what had been spoiled.

This topic is relevant to the New Year of Autumn. We get a chance, before finding ourselves lost and sick in a snow bank like this man, to reflect on what we have learned this past year, and how we can move forward better in the new one. He made mistakes, and had been raised and encouraged to shirk responsibilities: for most of his life; others were to blame for any problems or shortfalls. Now, in his solitude, he could see that he was in charge after all, not others. Saying “I can do better and want to be responsible” was the most powerful thing he could do for himself.

The Hexagram, ‘Work on What Has Been Spoiled’ is not about what has been Spoiled: it is about Work. Just as moving forward into the world after the pandemic is not about the coronavirus; it is about the honest work, without blame of oneself or others, of adapting to a changed world.

Work is hard! with guidance from our ancestors through their books of wisdom, we, too, can move forward, with awe and wonder and pride.

May your New Year be filled with growth, with wisdom from your elders, and promise for the future. 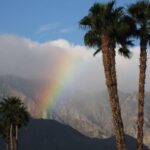